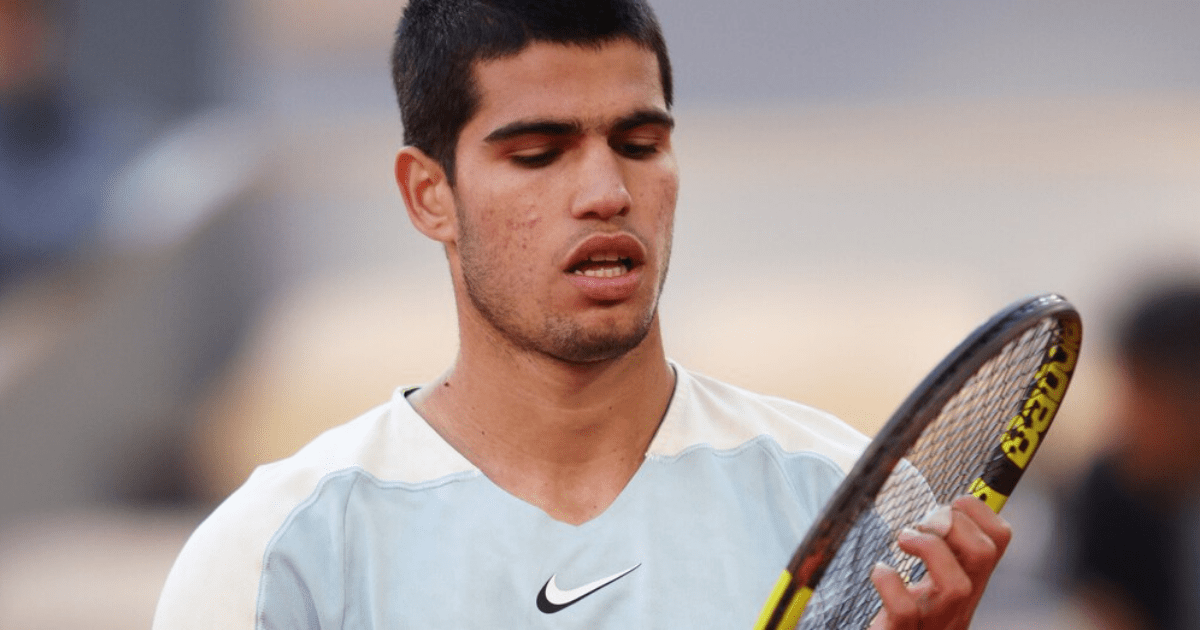 CARLOS ALCARAZ is going for US Open glory – and girlfriend Maria Gonzalez Gimenez will be behind him every step of the way.

The Spaniard faces home favourite Frances Tiafoe for place in the final at Flushing Meadows.

And Alcaraz will be hoping to impress Maria at the next major tournament.

But who is Maria Gonzalez Gimenez and what does she do?

Who is Maria Gonzalez Gimenez?

Born in Murcia, Spain, Maria is the rumoured girlfriend of Carlos Alcaraz.

She has decided to keep a lot of her personal information and her love life out of the public eye.

However, Tennis Tonic shared a screenshot of an Instagram story posted on Alcaraz’ account where the two shared an intimate moment.

Maria also has the same sporting interest as her alleged lover as she plays for Murcia Club de Tenis – a tennis club located in Spain.

This is confirmed in her IG bio where Gimenez has displayed ‘MCT’ followed by a tennis ball.

What does Maria Gonzalez Gimenez do?

Similar to her love life, Maria has decided to keep her occupation out of the limelight.

But she is beginning to build up a presence on Instagram as her followers jumped up from 2899 to 6,412 in less than a months time.

Her posts consists of either her chilling on the beach or participating in a tennis match.

Did you miss our previous article…
https://www.sportingexcitement.com/tennis/how-old-is-martina-navratilova-who-is-she-married-to-when-did-she-have-cancer-and-what-was-the-john-mcenroe-pay-row/